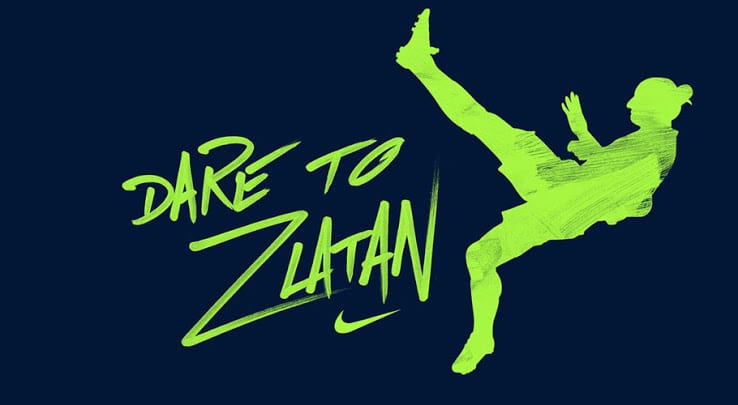 In a flourishing market such as 2018/19 athletes were in demand with brands willing to tell their stories through campaigns. We saw Raheem Sterling partner with Gillette to promote the “positivity of masculinity”. Sterling used the partnership to help influence the next generation. The media exposure from the campaign touched on racism in football and the media’s coverage of black players. The same messaging was used in an emotional ad created by Nike, for Sterling.

Sterling came under the media firing line during the 2018 world-cup about his choice of tattoos. Something which we are sadly accustomed to seeing from the media towards our nations footballers.

This however turned a new leaf for the Raheem Sterling brand, and its approach to outwardly speaking on society issues. Sterling was able to take the media on through his stance on racial issues in football and wider society in the UK by creating a task force for players to battle racism in football.

Gillette provided Sterling with a platform to continue his community work to empower the youth of today with a campaign with Football Beyond Borders, an education charity which uses the power of football to support disadvantaged young people in the UK with the “MADE OF WHAT MATTERS CAMPAIGN.”

Matches Fashion partnered with Hector Bellerin to promote their ‘Matches Man’ brand and a positive message for men in the fashion space to express themselves. Bellerin was given the opportunity to create a “curated by” set for the Matches brand. By partnering with Matches, Bellerin was able to amplify his passion for fashion to a targeted audience of keen fashionistas in the Matches Fashion network. This has opened up his profile to a whole new audience who may not know anything about football.

Bellerin who has been a big advocator in changing the perception of footballers and men in the fashion space has spent the last few years ignoring the negativity around his fashion image to change the way men approach the fashion world.

Not only has fashion been a key brand pillar for Bellerin, the fight to raise awareness for the environment issues has been a strong talking point for him. 2019 saw Hector take part in campaigns for Veganuary, the United Nations and WWF all to fight the climate crisis. This allowed for Bellerin to enter into a partnership with a fashion brand (who he turned down in 2018 due to their environmental footprint) on a new initiative to promote ‘responsible fashion’ from sourcing of materials, factory labour and distribution. A 2-year project which will come to light in late 2021.

In addition to tying his passions for the environment with fashion, Bellerin also tied this with Football Manager and Miles Jacobson with the launch of the new eco-friendly packaging for Football Manager 2020, which is an industry first.

Footballers have traditionally leaned on the support of their partners to tell their story. Whether that’s the campaign content itself tailored around the footballers messaging aligning with the brand communications, or the media coverage they secure to feature the footballer.

You would have seen footballers for example in Hypebeast or Soccer Bible using the platform to speak about their fashion interests by their brand partner, say Adidas or Nike. This content will then be used to plug an a product as well as the footballers’ story and insight into their interests.

So why wouldn’t a footballer do this themselves?

Footballers on social media tend to follow a numbers game. How many followers, likes, or re-tweets can they get from a “click-bait” type approach. This approach however usually doesn’t allow for you to tell a story or build a brand. What do you want to stand for? How and who are you going to influence? And most importantly why…?

They will need to think carefully about what and how they post. They could sooner fall into a trap of number chasing vs building a brand / communicating a story to their audience.

What do they need to do?

Footballers can use this period of uncertainty amongst businesses to build their own brand through organic methods. By focusing more on developing a social media strategy, PR strategy and most importantly a brand strategy which ties all of their brand marketing together. Ditch the commercially focused strategies where they may be developing content to chase numbers for those brands looking to use their social media as ad space. Drop the content series’ with media publishers which are just their to bolster viewing figures for the media entity and focus on meaningful content which will benefit the player and the long-term strategy.

Identify what they want to stand for and why, be patient, and most importantly; be authentic. Too often we see people building brands, whether they are athletes or businesses chase the numbers, focus on a short-term, or lose patience. However, building a brand and identity takes time. Savvy audiences see through fake positioning and messaging.

With time this will build a strong and meaningful brand where businesses who have similar values and messaging will approach them with partnerships. Those partnerships will be far more fruitful than a short-term ad task.